#1.  IT’S NORMAL.
Most people can’t get out of  an abusive relationship, because they feel the hostile treatment they get from their partner is normal, most times  due to what they may had discovered from parents or several people they’ve crossed path with are just same.  They believe a non abusive partner only exists in NOVELS or MOVIES. They have no slight idea of what a real relationship is like.

#2.    THEY DO NOT KNOW WHO THEY ARE.
Everyone has self worth. Most people who can’t leave an abusive relationship do not know 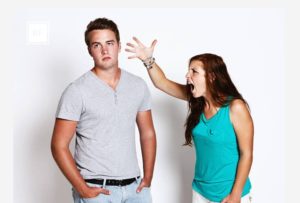 who they are. If you know you are a price, you are special, you know shouldn’t be taken for granted… You wouldn’t tolerate being humiliated and abused in a relationship. He beats you today and he apologizes and does same again and you sit in that relationship and tolerate that, then you don’t know you. She humiliates you, forces you into doing things,  always feels she is right.  If you do not know who you are, your worth, then you shouldn’t be in a relationship. Self discipline is advised. 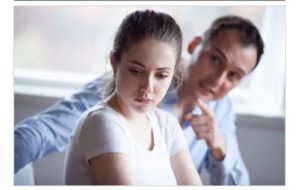 Every lady wants to show off their expensive human hair, bags, shoes, clothes, cars. Most partners entertain an abusive relationship because of what they get from the other. “Time and money is all I need from my man”. They fear to leave such relationships because of their time, money, body they have invested.

#5.   THE ABUSE CYCLE.
“He apologizes whenever he beats me or humiliates me”. You see people can’t leave such relationships because after beating them their partner comes back pleading with gifts. If a guy beats up a lady, it is a sign that he doesn’t respect and love her. If a man loves you he respects you. If he beats you up more than once, leave him without thinking twice, it means he doesn’t love you. She humiliates  and embarrasses you,  she tells your secret to the world and she come apologizing, and she does this often such person is difficult to change,  leave that toxic relationship.

#6. CHANGE MINDSET.
You cannot change a person if that person doesn’t want to. Don’t you ever think you can change your partners’ attitude towards you. If he doesn’t fit in up to 80%, he shouldn’t be your man/lady.   Don’t be blinded with love that you start saying I will accept him for whom he/she is. Love fades, what can you hold on to when it fades?  REGRET? Send him /her to parents for proper upbringing. You are not to parent an adult. Friends and families advise that your partner would change with time. Before going into a relationship at least one should have read about it. You don’t just go into relationships for mare feelings. Relationships are deeper than you can imagine. It’s not some simple test for kindergartens.

#7.  LOW SELF ESTEEM.
Emotional abuse destroys peoples’ self esteem. They feel they can’t start fresh, no other way out. Its either him/she or no other.

WHY ONE SHOULD LEAVE AN ABUSIVE RELATIONSHIP.

# Loss of self worth
# Likely to have very low esteem
# You wouldn’t be able to know you
# You will always have to compromise your happiness
# Liability to die young, thinking too much, divorce, frequent fighting
# No self respect
# You would continue to apologize for what you are not.
If both partners love each other and understand the term of relationships one wouldn’t abuse the other.

ARE YOU YOUR TYPE’S TYPE?