Society is a long-standing group of people sharing cultural aspects such as language,  dress,  norms of behavior and artistic forms.
It can also be define as a group of people who meet from time to time to engage in a common interest; an association or organization.

WHO IS THE SOCIETY?
The  society is you and I.  A society is not a place.  Without you  and I in the society, it can’t  be called  a society.  We are the content that makes up the society. As a society,  we play a very vital role in child’s upbringing.
Without a parent/guardian,  our children tend to go astray,  because the people who are to stand as role models aren’t  playing  their role.
Joel osteen said in  a book of his.
” The reason that children get in trouble can often be traced to the fact that they do not have positive role models in their lives.  They don’t have anybody speaking blessings over them and praying for them; they don’t have father figures,  and many of them don’t have healthy positive mother figures.  I doesn’t mean that this children are incorrigible; it is simply a fact that without parental guidance, children do this they might not otherwise do if mom or dad were around.  Many grew up in a dysfunctional home”.
You as an individual of the society, If your children aren’t doing well academically, socially,  emotionally,  financially,  it’s  your fault. You Shouldn’t  transfer blame on any teacher or tutor. If your child/ ward isn’t doing well academically,  you are to blame.
Proverbs 3:24, Quote  ” He that spareth the rod hateth his son: but he that loveth him chasteneth  him betimes.”
Proverbs 23:13-14, Quote ” withhold not correction from a child: for if thousands beatest him with a rod,  he shall not die. / Thou shall beat him with a rod and deliver his soul from hell.”

ONE MAJOR  CAUSE TO THE POOR LIFESTYLE  OF CHILDREN.
•Train up a child in the way he should go,  not in the way he wants to go.
Most parents of these days forsake discipline  on their child hence the child go the way he wants.
“Folly” says Solomon, ‘ is bound up in the heart of a child (proverb 22:15).
Foolishness and wickedness is bound up in the heart  of a child but the rod of correction will drive it far from him. Most children go astray because their parents  or guidian has failed to sit the child down ago.  caution him on how go.
If  you let a child live life he chooses  for  himself without a parent / guidain  to guide him,  he would choose wrong over right thinking he made the best choice.
When u beat up a child or discipline him promptly,  they tag u as “wicked”, but it is better to give them strict discipline and be tagged “wicked” now and the  best in the world in future,  rather than,  letting them choose a life for themselves and tag u   as the best now and wicked in future.
•      I remember when I was younger my mum would discipline  me, she wouldn’t give me space  to play or watch TV.  She would spank me for any slight mistake I make, she engaged me with books,  she doesn’t  let me mingle with other kids or go to a neighbors’.   You know how I tagged her?  I tagged her as “the most wicked mother in the world”,  I saw how parents in the same neighborhood as us treat their children, they gave their kids freedom to do whatever they wanted,  so I saw them as the best parent,  i said to myself then,  if there were to be a next life,  i wouldn’t  want to come through my mom.  But look at me today,  her discipline straightened me to the better person I am today.  I call her the best in the world,  my pride,  my world and my everything.  I am doing great because of her strict discipline,  all credits to her.
A good parent/ guardian  is not one who supplies the every needs of his/her child  and doesn’t  discipline them,  but,  one who dedicates  time to his child,  one who is understanding and one who wouldn’t make their child’s  pressure group influence them.
My mum knew,  if she had allowed friends they might influence me negatively,  instead she provided enough books for me to study.  It became part of me,  that I spend my time studying than hanging around with friends. My time has become very important that I regret any minute  I spend doing unnecessary  things.  This is the result of being trained in the way one should go,  not the way one wants to go. 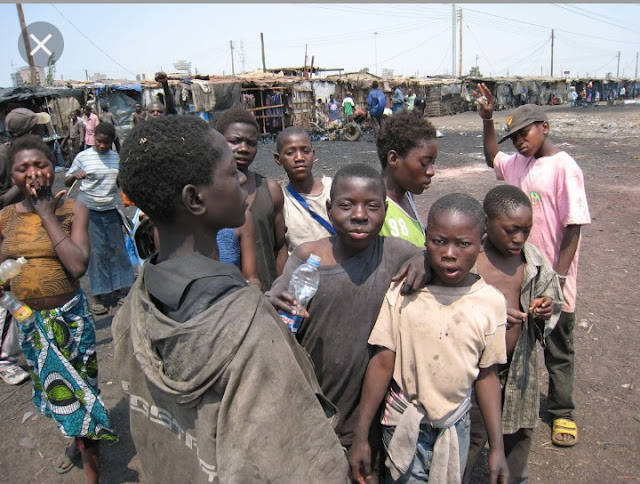 WHY DO PEOPLE DISGUISE? PART 2