TEN MANEUVERS ON HOW TO BREAK DOWN PEOPLE’S RESISTANCE AND MAKE THEM VULNERABLE.

Tags Harvey vera, HOW TO, How to break down people’s resistance, How to make one vulnerable, lifestyle blogJuly 6, 2022

Nothing makes one more powerful than the ability to control minds, turn heads and leave thoughts of you stuck in their recollections. Nothing will bring you more power in the world than the ability to seduce. To wield such power you do not need a total transformation in your character or looks. “Seduction is a game of psychology, not beauty and it is within the grasp of any person to become a master at the game” – Robert Greene. All that is required is that you look at the world through the eyes of the seducer.

When seducers first meet someone, they get inside the person’s skin, learn what makes the person tick, what will make them lose their ability to think straight and fall into a trap.

Seduction is a process that occurs over time, the longer you take and slower you go, the deeper you will penetrate into the mind of the victim. Here are 10 maneuvers that instructs you on how to break down people’s resistance and make them vulnerable.

Study your prey thoroughly, and choose only those who will prove susceptible to your charms. The right victims are those for whom you can fill a void, who see in you something exotic. They are often isolated or at least somewhat unhappy (perhaps because of recent adverse circumstances), or can easily be made so for the completely contented person is almost impossible to seduce. The perfect victim has some natural quality that attracts you. The strong emotions this quality inspires will help make your seductive maneuvers seem more natural and dynamic. The perfect victim allows for the perfect chase. You cannot seduce everyone! However, you must actively hunt out the prey that responds the right way.

If you are too direct early on, you risk stirring up a resistance that will never be lowered. At first there must be nothing of the seducer in your manner. The seduction should begin at an angle, indirectly, so that the target only gradually becomes aware of you. Haunt the periphery of your target’s life approach through a third party, or seem to cultivate a relatively neutral relationship, moving gradually from friend to lover. Arrange an occasional “chance” encounter, as if you and your target were destined to become acquainted nothing is more seductive than a sense of destiny. Lull the target into feeling secure, then strike.

What you’re after as a suducer is the ability to move people in the direction you want them to go. But the game is perilous. The moment they suspect they are acting under your influence, they will become resentful. We are creatures who can not stand feeling that we are obeying someone else’s will. Should your target catch on, sooner or later they will turn against you. But what if you can make them do what you want without them realising it? That is the power of indirection.

Once people are aware of your presence, and perhaps vaguely intrigued, you need to stir their interest before it settles on someone else. What is obvious and striking may attract their attention at first, but that attention is often short-lived; be hard to figure out. Send mixed signals; both tough and tender, both spiritual and earthy, both innocent and cunning. A mix of qualities suggests depth, which fascinates even as it confuses. An elusive, enigmatic aura will make people want to know more, drawing them into your circle. Create such a power by hinting at something contradictory within you.

Nothing can proceed in seduction unless you can attract and hold your victim’s attention, your physical presence becoming a haunting mental presence. It is actually quite easy to create that first stir- an alluring style of dress, a suggestive glance, something extreme about you. But what happens next? Our minds are barraged with images- not just from media but from the disorder of daily life. And many of these images are quite striking. You become just one more thing screaming for attention; your attractiveness will pass unless you spark the more enduring kind of spell that makes people think of you in your absence. That means engaging their imaginations, making them think there is more to you than what they see. Once they start embellishing your image with their fantasies, they are hooked.

MASTER THE ART OF INSINUATION.

You cannot pass through life without in one way or another trying to persuade people of something.

Making your targets feel dissatisfied and in need of your attention is essential, but if you are too obvious, they will see through you and grow defensive. There is no known defense, however, against insinuation the art of planting ideas in people’s minds by dropping elusive hints that take root days later, even appearing to them as their own idea. Insinuation is the supreme means of influencing people. Create a sublanguage bold statements followed by retraction and apology, ambiguous comments, banal talk combined with alluring glances that enters the target’s unconscious to convey your real meaning. Make everything suggestive.

All of us are narcissists. When we were children our narcissism was physical: we were interested in our own image, our own body, as if it were a separate being. As we grow older, our narcissism grows more psychological: we become absorbed in our own tastes, opinions, experiences. A hard shell forms around us. Paradoxically, the way to entice people out of this shell is to become more like them, in fact a kind of mirror image of them. You do not have to spend days studying their minds; simply conform to their moods, adapt to their tastes, play along with whatever they send your way. In doing so you will lower their natural defensiveness. People truly love themselves, but what they love most of all is to see their ideas and tastes reflected in another person. This validates them. Their habitual insecurity vanishes. Hypnotized by their mirror image, they relax. Now you can slowly draw them out.

Ture the target deep into your seduction by creating the proper temptation: a glimpse of the pleasures to come. As the serpent tempted Eve with the promise of forbidden knowledge, you must awaken a desire in your targets that they cannot control. Find that weakness of theirs, that fantasy that has yet to be realized, and hint that you can lead them toward it. It could be wealth, it could be adventure, it could be forbidden and guilty pleasures; the key is to keep it vague. Dangle the prize before their eyes, postponing satisfaction, and let their minds do the rest. The future seems ripe with possibility. Stimulate a curiosity stronger than the doubts and anxieties that go with it, and they will follow you. Search in their past; whatever they seem to fear to flee from might hold the key.

KEEP THEM IN SUSPENSE— WHAT COMES NEXT?

The moment people feel they know what to expect from you, your spell on them is broken. More: you have ceded them power. The only way to lead the seduced along and Keep the upper hand is to create suspense, a calculated surprise. People love a mystery, and this is the key to luring them further into your web. Behave in a way that leaves them wondering, What are you up to? Doing something they do not expect from you will give them a delightful sense of spontaneity they will not be able to foresee what comes next. You are always one step ahead and in control. Give the victim a thrill with a sudden change of direction.

USE THE DEMONIC POWER OF WORDS TO SOW CONFUSION.

You cannot seduce without an ability to get outside your own skin and inside another person’s, piercing their psychology. The key to seductive language is not the words you utter, or your seductive tone of voice; it is a radical shift in perspective and habit. You have to stop saying the first thing that comes to your mind you have to control the urge to prattle and vent your opinions. The key is to see words as a tool not for communicating true thoughts and feelings but for confusing, delighting, and intoxicating. Keep your language vague, letting them read into it what they want. Use writing to stir up fantasies and to create an idealized portrait of yourself.

DISARM THROUGH STRATEGIC WEAKNESS AND VULNERABILITY.

Two much maneuvering on your part may raise suspicion. The best way to cover your tracks is to make the other person feel superior and stronger. If you seem to be weak, vulnerable, enthralled by the other person, and unable to control yourself, you will make your actions look more natural, less calculated. Physical weakness-tears, bashfulness, paleness will help create the effect..To further win trust, exchange honesty for virtue: establish your “sincerity” by confessing some sin on your part–it doesn’t have to be real. Sincerity is more important than goodness. Play the victim, then transform your target’s sympathy into love.

Do not struggle against your vulnerabilities, or try to repress them, but put them into play. Learn to transform them into power. The game is subtle: if you wallow in your weakness, overplay your hand, you will be seen as angling for sympathy, or, worse, as pathetic. No, what works best is to allow people an occasional glimpse into the soft, frail side of your character, and usually only after they have known you for a while. That glimpse will humanize you, lowering their suspicions, and preparing the ground for a deeper attachment.

An isolated person is weak. By slowly isolating your victims, you make them more vulnerable to your influence. Their isolation may be psychological: by filling their field of vision through the pleasurable attention you pay them, you crowd out M everything else in their mind. They see and think only of you. The isolation may also be physical: you take them away from their normal milieu, friends, family, home. Give them the sense of being marginalized, in limbo they are leaving one world behind and entering another. Once isolated like this, they have no outside support, and in their confusion they are easily led astray. Lure the seduced into your lair, where nothing is familiar.

A target who is strong and settled is hard to seduce. But even the strongest people can be made vulnerable if you can isolate them from their nests and safety nets. alienate them from the world they are used to, and take them to places they do not know Get them to spend time in your environment. Deliberately disturb their habits, get them to do things they have never done. They will grow emotional, making it easier to lead them astray. Disguise all this in the form of a pleasurable experience, and your targets will wake up one day distanced from everything that normally comforts them. Then they will turn to you for help, like a child crying out for it’s mother when the lights are turned out. 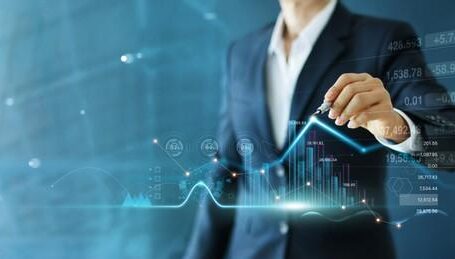 SOME HIGHLY PROFITABLE BUSINESSES IN 2021. 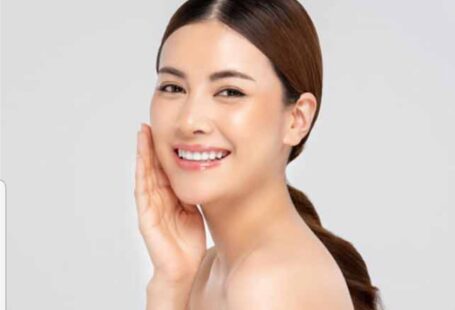 HOW TO GET A FLAWLESS AND GLOWING SKIN ACCORDING TO SKINCARE EXPERTS.

6 comments On TEN MANEUVERS ON HOW TO BREAK DOWN PEOPLE’S RESISTANCE AND MAKE THEM VULNERABLE.